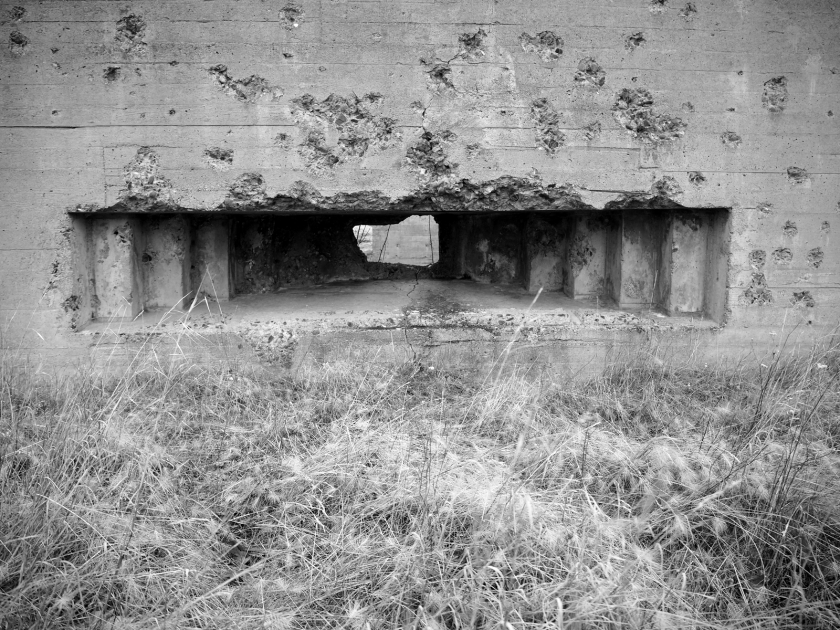 2019-01-03 Boots on the Trail Other Adventures, Southern Oregon 6 comments

During World War II, Camp George A. White, situated just north of Medford, Oregon, served as the training center for the U.S. Army’s 91st and 96th Infantry Divisions.  At its height, Camp White held 40,000 soldiers and was the second largest city in Oregon.  In 1946, the Army dismantled the camp and sold all its property to local residents.  When the camp was active, the Beagle Range, on the east and north sides of Upper Table Rock, was used to conduct live-fire exercises on the manning and capturing of concrete pillboxes. The ones here were designed to roughly simulate German coastal fortifications in Europe (think D-Day).  Remnants of 25 of these pillboxes are clustered south and west of the intersection of Highway 234 and Antioch Road.  Fourteen are on land acquired by the Bureau of Land Management (BLM) in 2009 (the Table Rock Management Area) and eleven are located on private lands inside or adjacent to the management area.  The pillboxes generally measure 20 by 30 feet and are clearly visible on aerial imagery.

Curious to see some of this little piece of military history, I enlisted The LovedOne for a morning stroll around 13 of the 14 the pillboxes on public land.  Having spent a fair share of my career wandering around military ranges, both old and new, it was heartening to know that a survey in 2010 revealed no evidence of unexploded ordnance in this area.

Although the winter weather wasn’t ideal for snapshots, it was excellent for dissuading ticks, poison oak, and rattlesnakes! The presence of these, plus the weather, plus the tough training, may be why Camp White was known (probably not affectionately) as the Alcatraz of Boot Camps. Our morning stroll here was, on the other hand, a pleasant and fascinating encounter with a piece of both local and national history. 😀