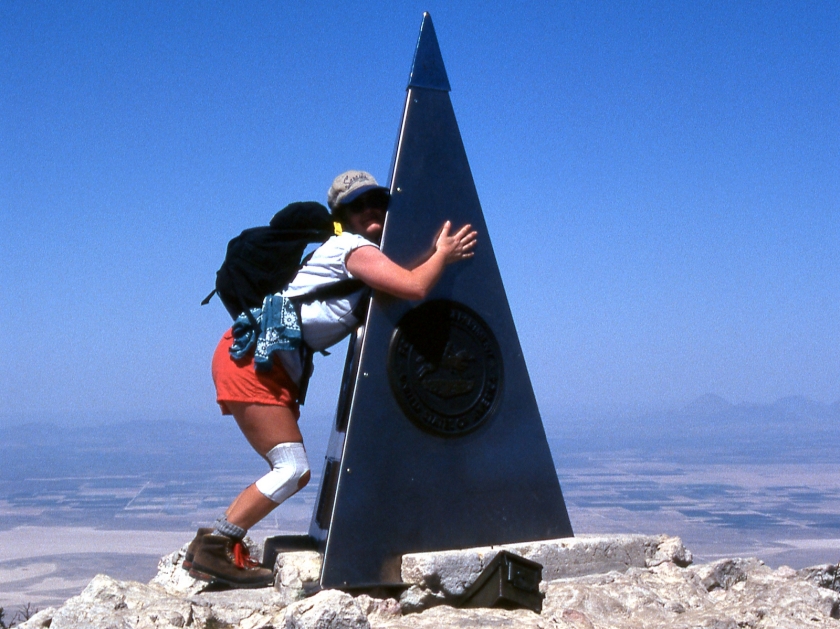 As for our high point quest, that fizzled out several years later at 44 out of 48. The remaining four (Utah, Idaho, Montana, Wyoming [two attempts foiled by weather]) are among the hardest of the 48 and were ones we should have done first, during the full bloom of our youth. Ah, hindsight. Instead, we said “next year” one too many times, until a cocktail on the couch was more inviting than clinging to some cold, windy summit. Sigh. 😥 Post-dated note to self: make use of your youth while you have it… 😉