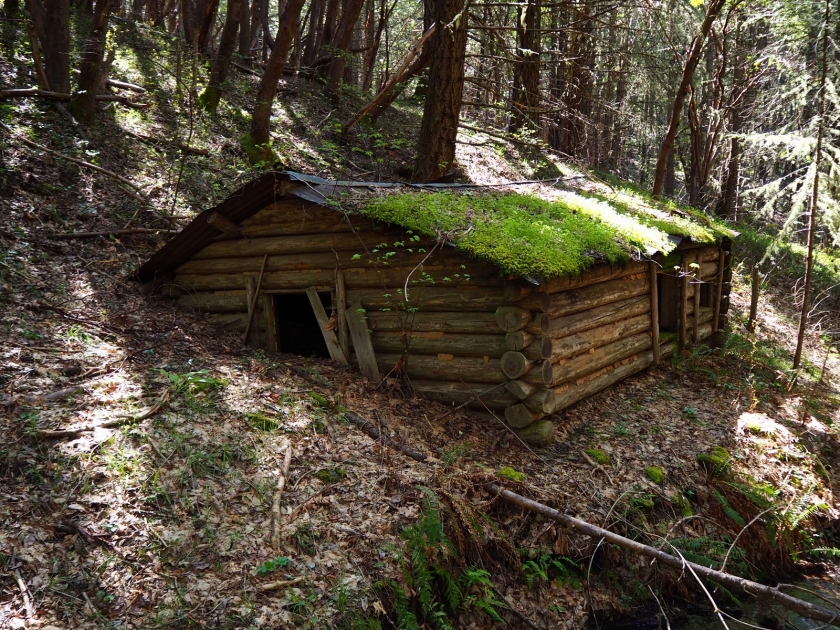 There is an old cabin deep in Southwest Oregon’s Wellington Wildlands. Likely an old miner’s cabin. A low structure. More of a dugout really; now with a partially collapsed roof. Nestled in a grove of spindly tall madrones adjacent to a perennial water source. Probably built in the 1920s or 30s. Now a reminder of those who sought (usually in vain) to draw riches from the fickle geology of this region. The cabin is located far from any trail or road and getting to it is quite a cross-country adventure. The LovedOne has grown leery of my using adventure and hike in the same sentence, as that has, too often, heralded a sufferfest on her part. So she opted to stay home and do some gardening, leaving me to confront very steep slopes, abundant poison oak, and rapacious ticks on my lonesome. A good call on her part. When I finally reached the cabin, from the Isabelle Trailhead and the Sundown Trail, I found it to be a charming old structure; a piece of history worthy of the adventure required to visit it.

It’s still a little early in the season, but a number of wildflowers (Great Hound’s Tongue, Blue Dicks, Mountain Monkeyflower, Menzies Larkspur, Western Peony, Henderson Fawn Lily) have already put in an appearance and their presence enlivened this adventure quite a bit. 🙂