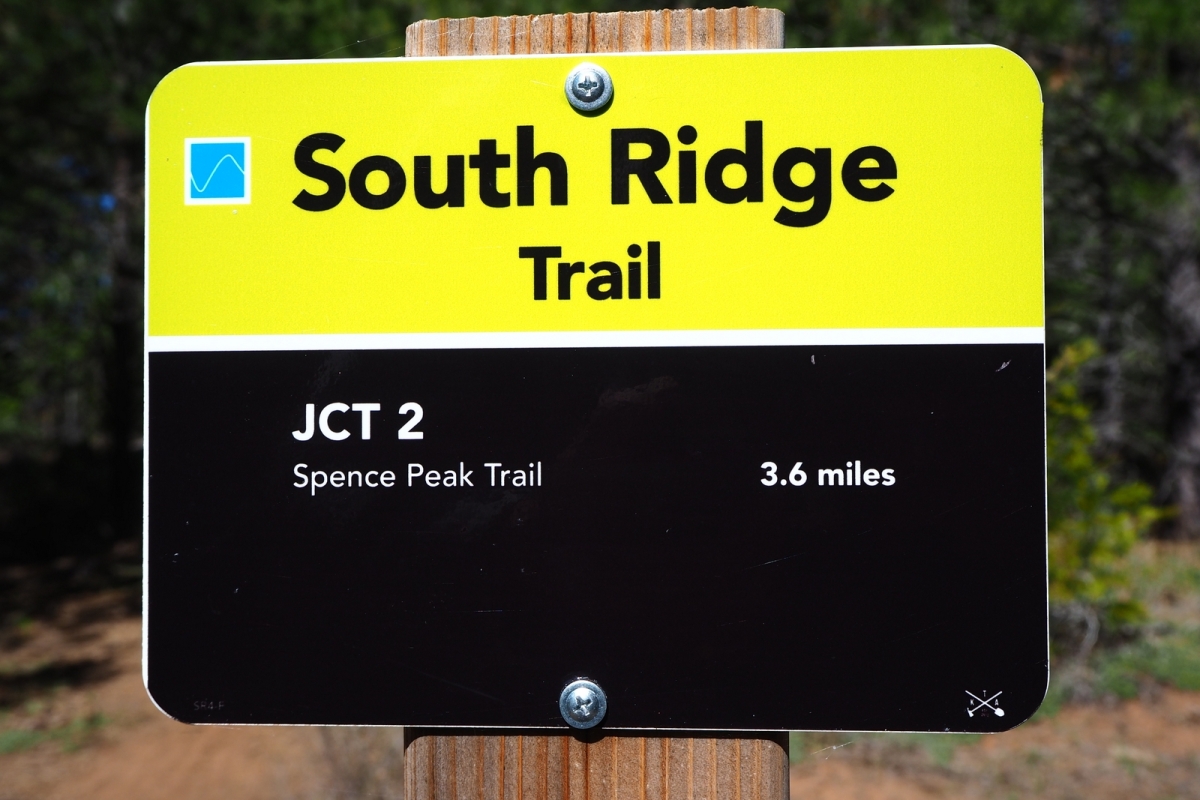 Spence Mountain hosts an evolving trail system on a 7,400 acre parcel of land on the west side of Upper Klamath Lake. It’s located 60 miles east of Medford and 15 miles west of Klamath Falls, making it readily accessible for a dayhike when trails in the High Cascades are still filled with snow. Although the trails are designed to accommodate mountain bikers, hikers, and trail runners, the emphasis is clearly on biking. The trail maps we found online (and at the trailhead) show both the built trails and (more faintly) some of the old logging roads that criss-cross the mountain. Some of these old roads are named and signed parts of the trail system.

This was our first visit to Spence Mountain, so we decided to do the classic South Ridge-Spence Peak-Hooligan Loop. Starting from the Spence Mountain Trailhead, we ascended the South Ridge Trail, passed Spence Mountain’s high point on the Spence Peak Trail, then returned via the Hooligan Trail. Once we passed the high point, the built trail took us down to an old road (signed Summit Road) and not to the Hooligan Trail at Junction 3 as we’d hoped. So we followed that old road to the Front Side Loop Road, than jogged west on that for a bit to intersect the Hooligan Trail, which we followed back to the trailhead. Some have reported that the Hooligan is a one-way, mountain-bike-only trail but neither our maps nor any signs indicated if this was true. The only bikers we saw the whole day were two that passed us on the Hooligan with no worries. But if some trails are biker-only, like at Mountain of the Rogue, it would be good for hikers to know in advance. In retrospect, we could probably have pieced together a return route on those old logging roads (many of which still show clearly on aerial photos of the mountain) and thus avoided getting in the way of any bikers.

Otherwise, it was a perfect day for a hike – clear, sunny, cool, with a light breeze. The loop was about 10 miles with 1,500 feet of gain. No mosquitoes. No ticks. No poison oak. We had expansive views in almost all directions. The highlight of the day was a pair of bald eagles that circled us then alighted on a branch to chirp at each other and stare at us. 🙂