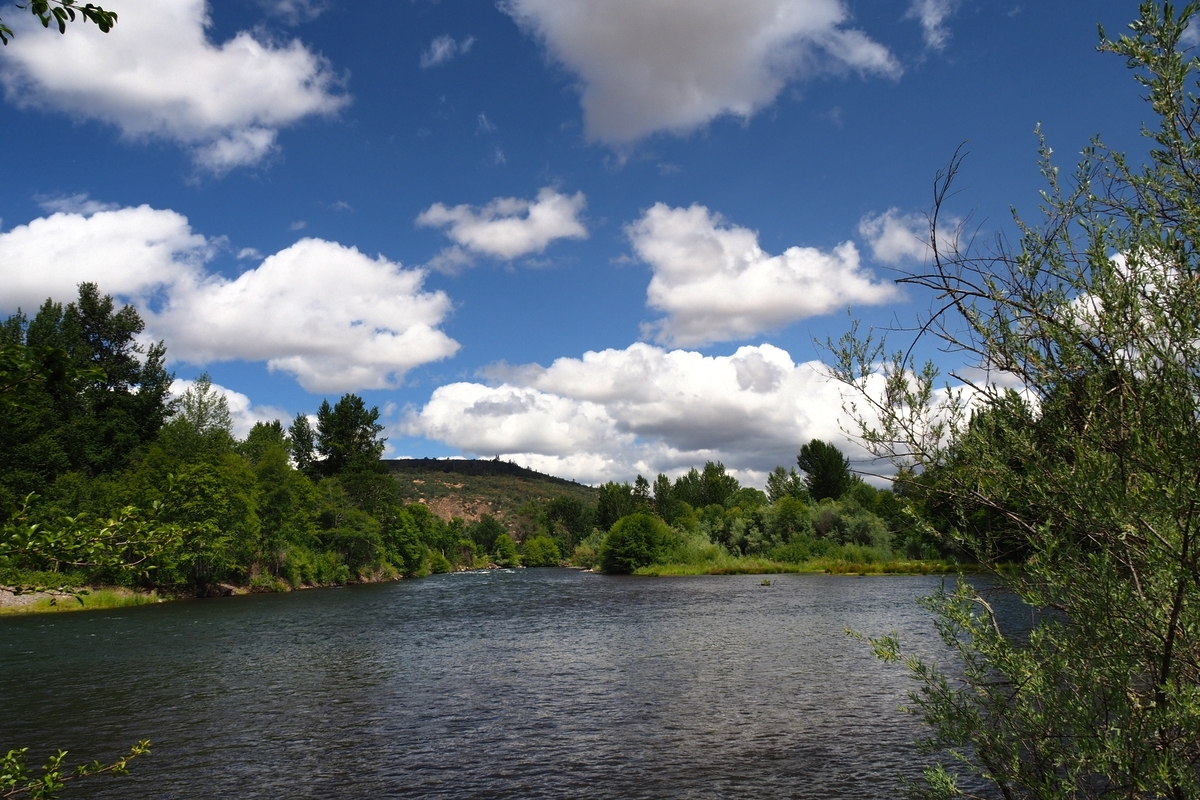 Oregon’s transition from Spring into summer has always been a little chaotic – the old joke being that summer doesn’t start here until Fourth of July. But, with some extra weather weirdness due to the atmosphere’s ever rising CO2 content, we had 100+°F (37+°C) temperatures in late May (several records were broken), then temperatures plunged toward 60°F (15°C), then it was thunderstorms, downpours (a month’s rain in a day!), and a spritz of snow higher up – all in the space of a few days. The rain was most welcome but had little impact on our continuing severe drought. Makes you wonder about the climate. 🤔

When this climate thing first reached the public’s consciousness, it was known as “global warming” – which gave more than a few folks visions of new bathing suits and extra idyllic lounging by the pool or at the shore, fortified by various parasol drinks. But before this fantasy could play out, the situation was renamed climate change, which is both banal and uninformative. What kind of change? In what direction? Should we get new bathing suits? Where’s the pool? 🙄

But a warmer atmosphere (thanks to that CO2) is both a wetter and more energetic one and this combination generates much more unpredictable and exciting (often not in a good way) weather. We should have gone all in and called it climate chaos. Probably too scary for whatever committee came up with change. Whatever. We’ll adapt – as long as we don’t run short of those tiny parasols.

But amidst such chaos, we had one day of truly lovely weather – sunny 😎 but cool, with a light breeze, artistic clouds, and no bugs. A day to hike for. But various duties called and we could only spare a couple of hours for a stroll. So we headed (again) to the Denman Wildlife Area (Military Slough Unit – entering via TouVelle State Recreation Area) to enjoy the ever raucous woodpeckers and to see if we could catch the wild teasels in bloom (we didn’t; too early). It was a nice way to fritter away the morning before we were Zoomed back to reality in the afternoon. 😊