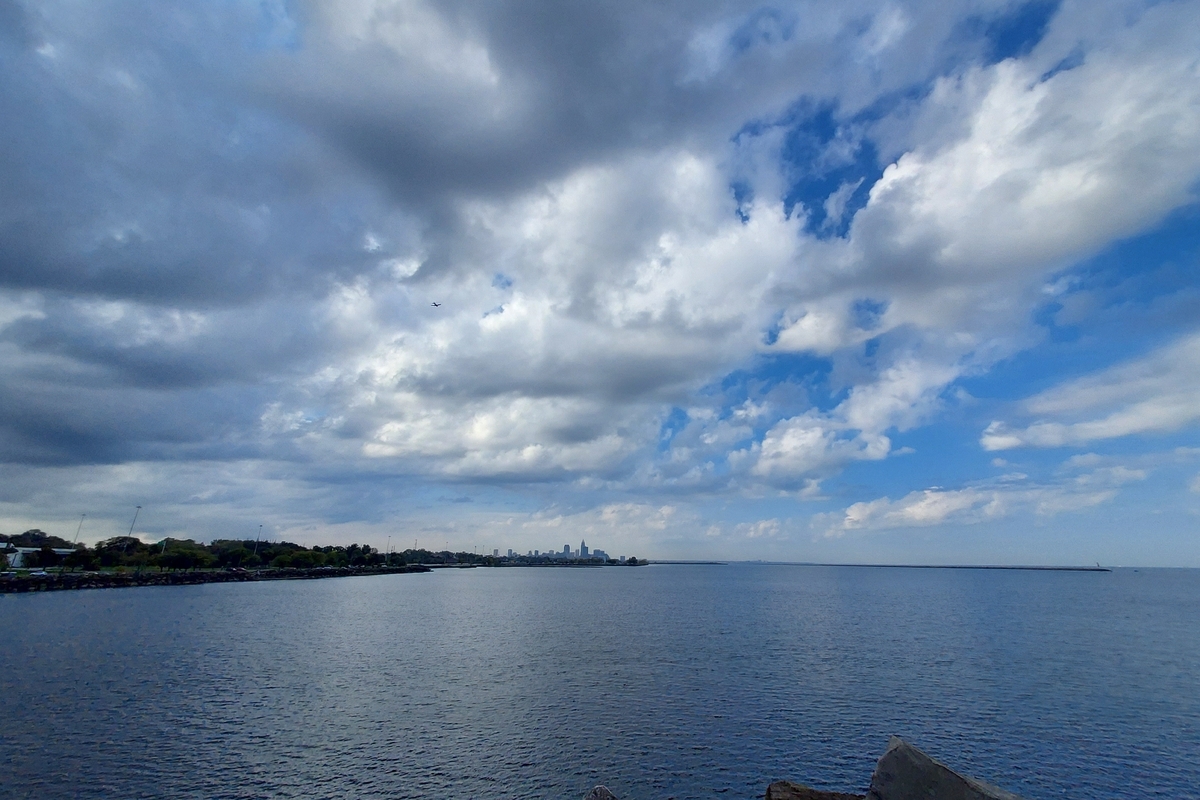 After our personal business in Columbus, we headed to Cleveland for more of the same, paying a quick visit to Cuyahoga National Park along the way. There’s a lot going on in this park and it deserved more than a quick visit but you go with what you got.

In addition to the park, we wanted to see Lake Erie. So we looked for a very short hike on its shore for that purpose and came across the Perimeter Loop Trail at Cleveland’s Lakefront Nature Preserve. This preserve was created from dredge spoils from the Cuyahoga River (yes, the one that burned in 1969) and today is a birder’s paradise, with 280 species of birds reported to date.

For us, this loop was a pleasant hour spent listening to bird song and gazing at the immensity of Lake Erie. “Lake” doesn’t quite capture what is essentially an inland sea – from the preserve, it’s 54 miles (86 km) across the waters to Canada (and there are probably times when Canadians wish it was a bit more than that 🙄).

The loop came to only 1.7 miles (2.7 km) but was a good respite from too much sitting. If we’d had time to bird watch, we could probably have spent the whole day (or days) there. And the view of Lake Erie was wide and unobstructed. They had hiked, so all was good… 😁

When we got home, I looked at some Google Earth images of the preserve and noticed an odd feature at its southeastern edge. It looked vaguely familiar. Zooming-in revealed it to be a Nike missile air defense base. Seems that during the “duck & cover” days of the Cold War, Cleveland, then major manufacturing center, was deemed worthy for protection from Commie airplanes. So a total of seven Nike ground-to-air sites were built around Cleveland and this was one of them. These bases were soon overcome by advances in ballistic missile technology and all (here and across the country) were eventually abandoned or repurposed. Years ago, I had the dubious pleasure of being involved in the closure of one of these sites near Los Angeles – which is why it’s outline from the air looked so familiar. 🙄