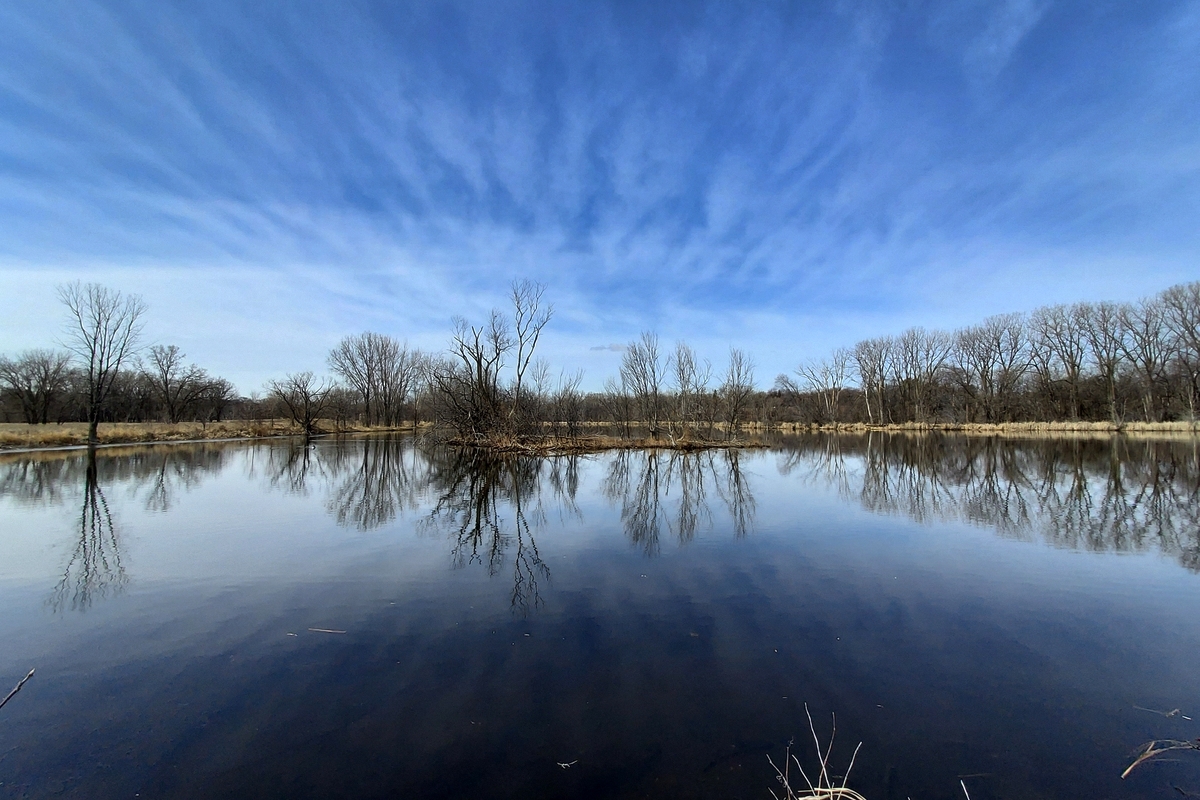 We visited Minnesota about two weeks before making our move – to look for a place to live in the Minneapolis area.  That proved to be a lot harder than selling our house in Oregon – a lot harder.  We eventually found a nice place but getting to that point was pretty stressful.  So, of course, we used a short hike – a stroll really – to ease the craziness brought on by way too much exposure to real estate. 🤪

Since we were already close to the Wood Lake Nature Center in Richfield (just south of Minneapolis), we took the opportunity for a short hike there (#19 in 60 Hikes).  By combining parts of the Perimeter, Boardwalk, and Prairie Trails, we were able to accomplish a Figure-8 loop around and across Wood Lake. Distant sounds were muted, making it hard to tell that we were in the middle of a major urban area with a busy freeway just to the west.

Spring had just barely arrived, so the trees which formed colonnades along the trails were still bare. But it was sunny 😎 and the lake was dotted with waterfowl – swans, Canada geese, and mallards mostly. There was a lot of squabbling – and sometimes outright fighting – going on, about mates, nest sites, or maybe just for more “wing room” on the lake.  We also spotted a muskrat staring up at us from beneath the water – cute, but also a little creepy. Nonetheless, this 2.2 mile (3.5 km) stroll gifted us with a good – and calming – hour in the “wilderness.” 😁