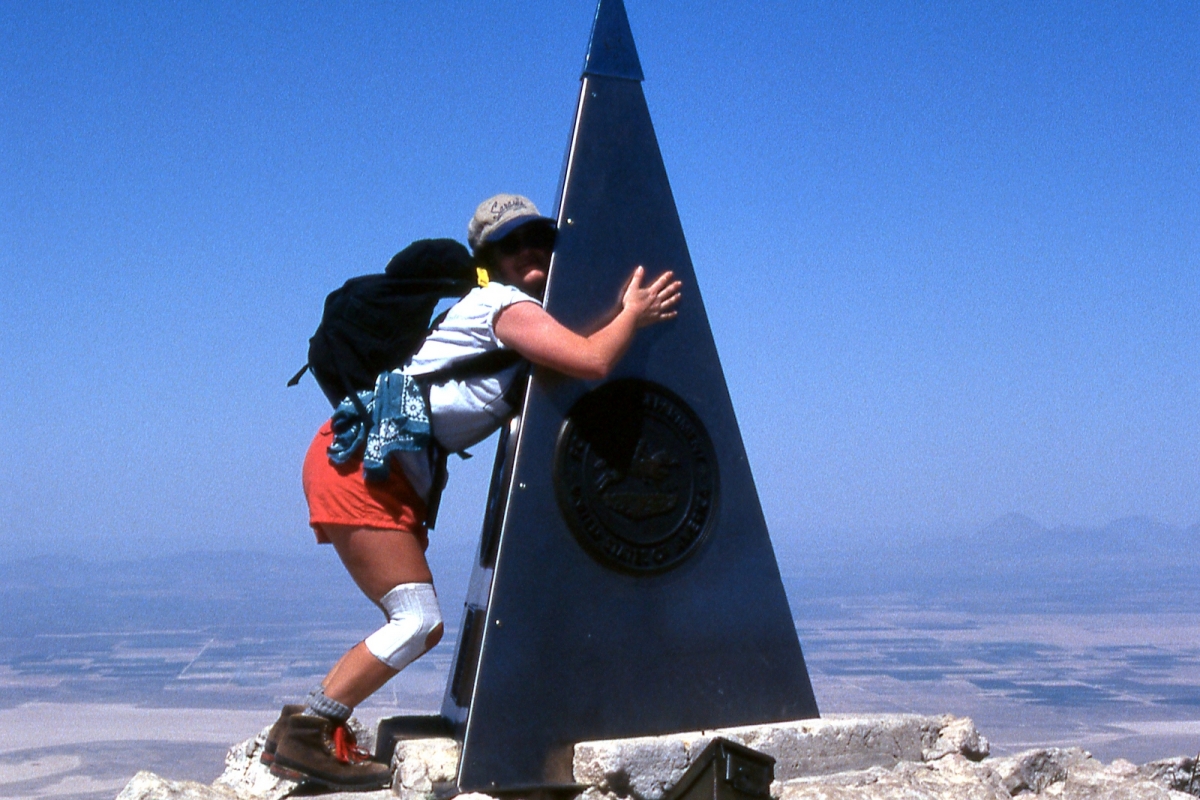 END_OF_DOCUMENT_TOKEN_TO_BE_REPLACED

After our family hike to Big Arsenic Springs, I (at least) wanted to do some more hikes – preferably in the shady heights of the Carson National Forest. Unfortunately, the managers of that forest had decided to close it the next day to all activities – including hiking – due to the very high fire danger. There was already one big wildfire burning south of Taos, so they were just being proactive in not wanting to fight another human-caused conflagration. Still, the Carson covers much of northeastern New Mexico (and all of the area around Taos), so it’s closure pretty much ruled out any further hikes at altitude. We’d never experienced a whole forest closed due to fire danger. Deep, soul crushing, sigh.

END_OF_DOCUMENT_TOKEN_TO_BE_REPLACED

After days and days of art appreciation, some other family members were finally open to doing a hike.  Despite the allure of shady forests, climbing a peak or going to altitude weren’t in the offing, so we picked a short loop hike in the Wild Rivers Recreation Area of the Rio Grande del Norte National Monument, which was established in 2013 and is administered by the Bureau of Land Management (BLM). The original plan was to descend the Big Arsenic Springs Trail to the river (at a well known fly fishing spot), go south on the River Trail, and return to the plateau via the La Junta Trail, near the confluence of the Red River and the Rio Grande.

END_OF_DOCUMENT_TOKEN_TO_BE_REPLACED

After she’d had a day of art appreciation with other family members, I was able to persuade The LovedOne to join me for a short hike to Williams Lake, south of Taos Ski Valley, at the base of the highest peak in New Mexico (Wheeler Peak). Every area we’ve ever visited seems to have at least one short, easily accessible, and not too steep (and hence wildly popular) hike to big scenery. Judging from the size of its trailhead parking lot, the number of cars there on a weekday, and the width of its tread, the trail to Williams Lake, in the Wheeler Peak Wilderness, is that hike in Northern New Mexico. We had last hiked it in 1993 during a fierce thunder and lightning and hail storm that caught us on the way back from an ascent of Wheeler Peak. We were looking forward to not having an experience like that again (we didn’t).

END_OF_DOCUMENT_TOKEN_TO_BE_REPLACED

It took a day for everyone to arrive and get settled (and start adjusting to the altitude) and then it was time for another hike (for me at least). Up the road from where we were staying is the Taos Ski Valley and the trailhead to the highest peak in New Mexico, Wheeler Peak. We had climbed that one in 1993 from near Williams Lake, before the current short trail to the summit from there had been built (that was in 2011). But there are other trails to other peaks in this area, many with views equal to those from Wheeler. Lobo Peak (at 12,115 feet) is one of those, which you reach via the Manzanita Canyon Trail (USFS #58) from Highway 150. Despite my attempts to portray hiking as performance art, I was unable to convince anyone else to join me in a hike of a 12,000-foot peak (sigh). So while the assembled masses sought out “real” art in Taos, I headed out, in the cool of the very early morning, for a solo hike to Lobo Peak.